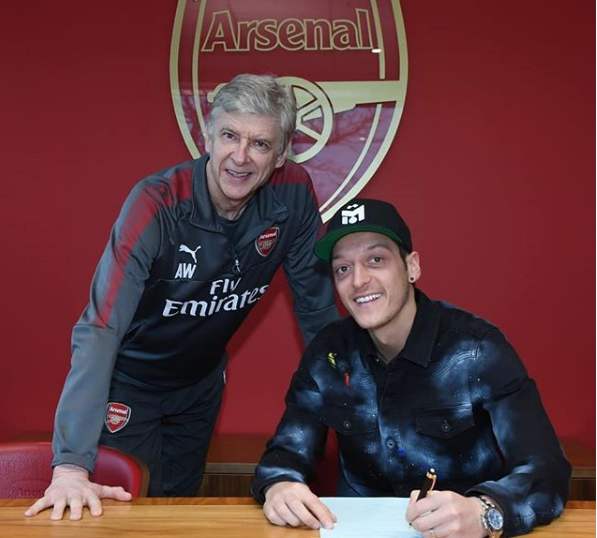 Arsenal midfielder, Mesut Ozil has revealed real reason he finally decided to remain at the club after months of debate over his future.

The German said his family played a key role in persuading him to sign a new long-term contract with the Gunners.

The Germany international recently ended months of speculation surrounding his destination by putting pen to paper on a new deal which saw him become the highest paid player in the club’s history.

Manchester United, Inter, Paris Saint-Germain and an unnamed Chinese Super League club were all said to be monitoring the 29-year-old.

Ozil said the decision to commit to the Gunners was an easy one, once he had consulted with his family.

“My team-mates and family have always supported me. I have a lot of goals here with the team, I want to reach those and I’m really happy. I love the city.

“Before I signed the contract, I spoke with my family about what the best decision was for me.

“At the end of the day, it was really easy for me to say ‘yes’ to the club. I’m here for more years and I hope we will win some titles with the team. I believe in that.”