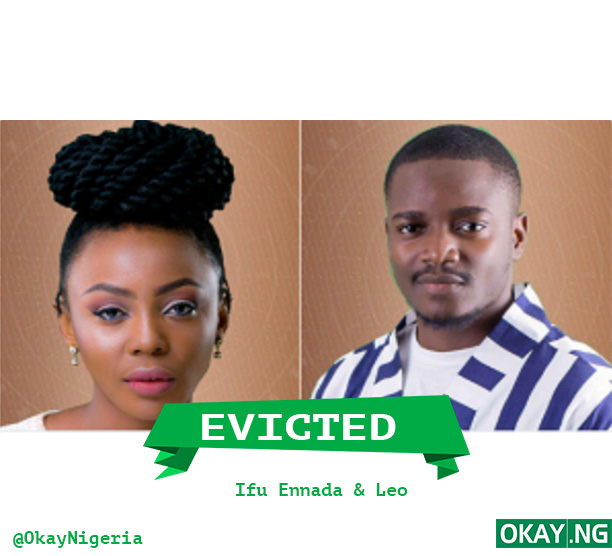 Big Brother Naija Housemates, Ifu Ennada and Leo, paired as LIFU have been evicted from the reality TV show, that started on the 28th of January 2018.

Pair LIFU had the least amount of votes, and have thus been evicted from the show..
BBNaija Eviction

According to Ebuka, the host of the show, a new twist has been added, and he’s revealed that the new head of house as from now on, may or may not be immune for eviction.

BamBam won the last head of house, and chose to save the pair, Tena (Teddy A and Nina).