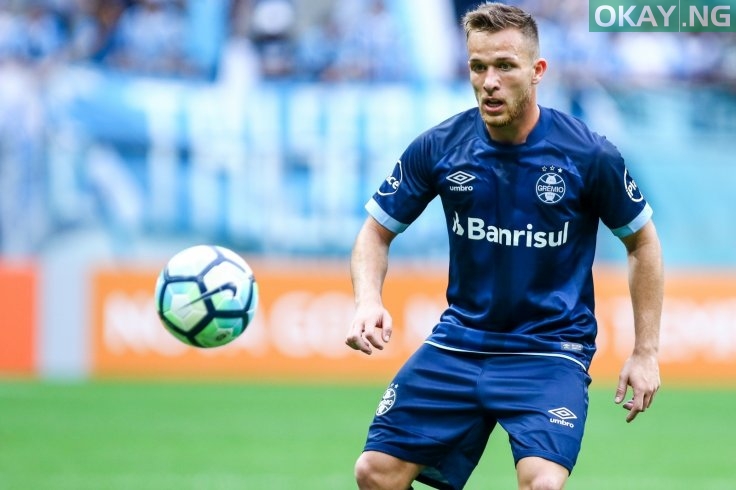 Barcelona have agreed a purchase option with Gremio for Brazil midfielder, Arthur Melo.

The LaLiga giants now have the right to sign Arthur in July for an upfront fee of €30million plus an additional €9m in potential add-ons.

The two clubs have been in negotiations since December, when a photograph of Arthur with Barca’s sporting director, Robert Fernandez, was leaked to the press.

“FC Barcelona and the Brazilian club Gremio de Porto Alegre have reached an agreement on a purchase option for the player Arthur Henrique Ramos de Oliveira Melo, whereas FC Barcelona may exercise this right on the player’s federative rights during July of 2018.

“In the event that the club finally exercises the option signed, the price of the transfer is set at €30m plus €9m in variable amounts,” Barca said in a statement on Sunday.

The Catalan club also noted that Arthur, who is still just 21, is “a talented midfielder who stands out for his passing ability.”