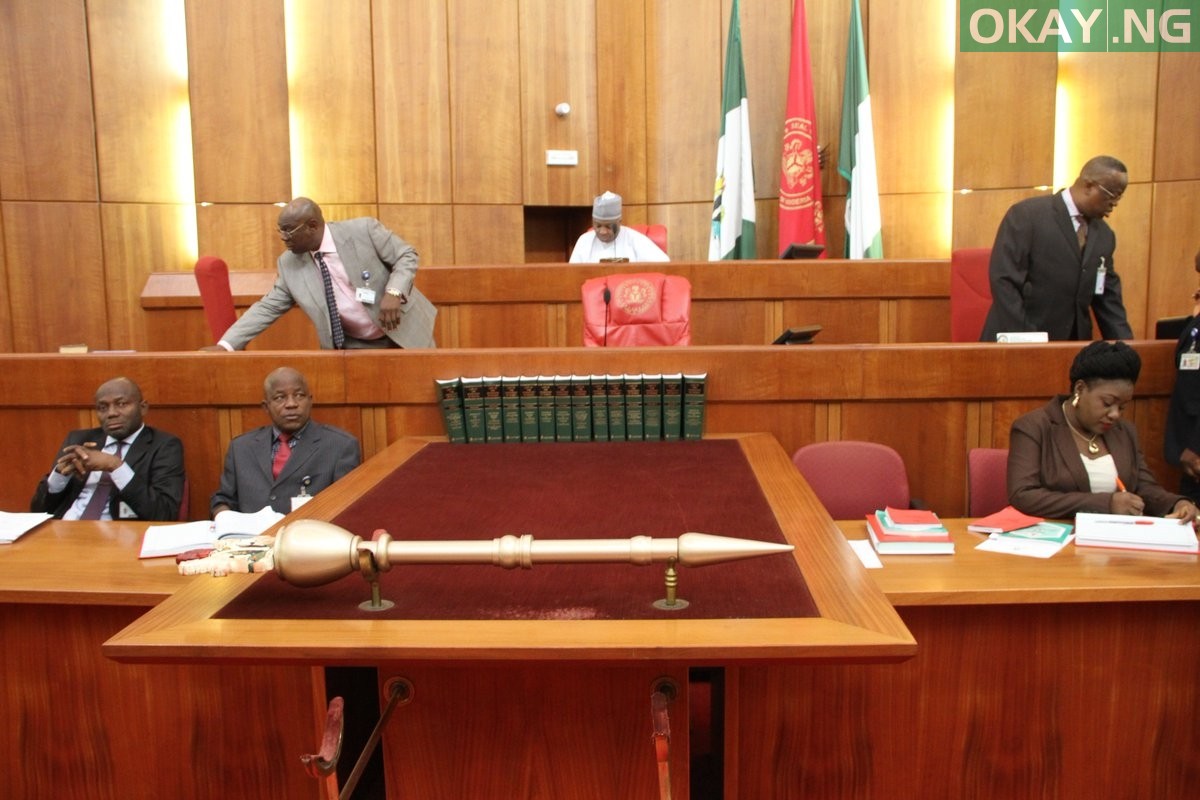 The bill was rejected following concerns that such amendment requires altering the constitution which requires a longer process.

Soliciting support of his colleagues, Emmanuel Bwacha (Taraba-PDP) said the amendment was meant to give corps members the liberty of digressing from the rigid adherence to the NYSC uniform specification.

“This particular amendment especially in section 13 and 16 of the principal act is to achieve the following objectives; increase the penalty for offences contained in the Act to make such fines reflect the present value of the naira. To ensure that regulations made by the directorate prescribing drills and uniform for exercise do not violate certain religious practices.

“The uniform adopted for corps members have become a basis for controversy between the directorate and the public. In fact, some corps members drop out of service because of conflict they’ve witnessed. The major bone of contention is that some of the drills and uniform contravene the religious belief of corps members and invariably denying them right of religion, thought and conscience.”

The Deputy Senate President, Ike Ekweremadu, who took over from Bukola Saraki in presiding over the plenary called the attention of Mr. Bwacha to the provisions of Section 9 (2) of the Constitution.

In his contribution to the debate on the amendment, Barau Jibrin (Kano-APC) argued for the amendment to stand in conformity with various religions in the country.

“People of this country are either Christians, Muslims or traditionalists and we have our values. It appears the mode of dressing of NYSC contravenes this very important aspect of our religion. The amendment is simple. We should make it in tandem with our values, culture and religion.”

Abubakar Kyari (Borno-APC) also agreed with this position saying that the amendment conforms with the awareness of Nigerians which have evolved since establishment of NYSC.

“I know NYSC has been around for over 40 years but awareness also changes. People are now more aware of the cultural and religious belief now than before and I believe the mode of dressing should reflect this.”

However, Biodun Olujimi (Ekiti-PDP) was of a different opinion. She said the amendment could be effected without altering the constitution.

The Senate thereafter rejected the bill after a second voice vote.

Addressing journalists shortly after the plenary, Mr. Bwacha accused the presiding officer of conspiracy to kill the bill.

“I said clearly there that there was a conspiracy from the chair. As a presiding officer, you keep your opinion. When a bill comes out, you allow members to discuss and debate freely.”

He was referring to Mr. Ekweremadu’s decision to call the attention of the house to Section 9 (2) of the constitution before allowing senators debate on the bill.

Mr. Bwacha explained why he introduced the bill and the benefits if it was allowed to stay.

“The bill that sought to amend the NYSC Act so as to increase the powers of the directorate to address issues pertaining to dress code did not scale through because it was largely misunderstood. The reason being that it was not intended to amend the Constitution, the issue in question, particularly the dress code has to do with the powers vested on the directorate by itself. The Constitution does not mention dress code for the NYSC.

“This bill arose as a result of series of complains I have received across Nigeria from those who have fallen out of service because they are not in agreement with the use of trouser as a female. They took up the complaint but the directorate didn’t give them attention. There are several number of corpers who refuse to continue with NYSC because they believe wearing of trouser as a female in public offends their faith.

“This issue is not controversial, it’s a simple policy statement by NYSC that would have changed it. But year-in, year-out, it has been so difficult. It has nothing to do with religion.”

He added that corps members should be allowed to wear skirts if doing otherwise offends their belief.

“A lady who feels offensive of wearing a trouser should be allowed to put skirt on top during drilling so that it doesn’t inconvenient her. We are saying some people should have the freedom to choose.”

Despite the rejection, Mr. Bwacha said he would reach out to the management of NYSC to enforce the amendment to the dress code.

“We are going to use alternative means of reaching out to the directorate to allow corpers who feels it is contrary to their belief to address this problem,” he said.